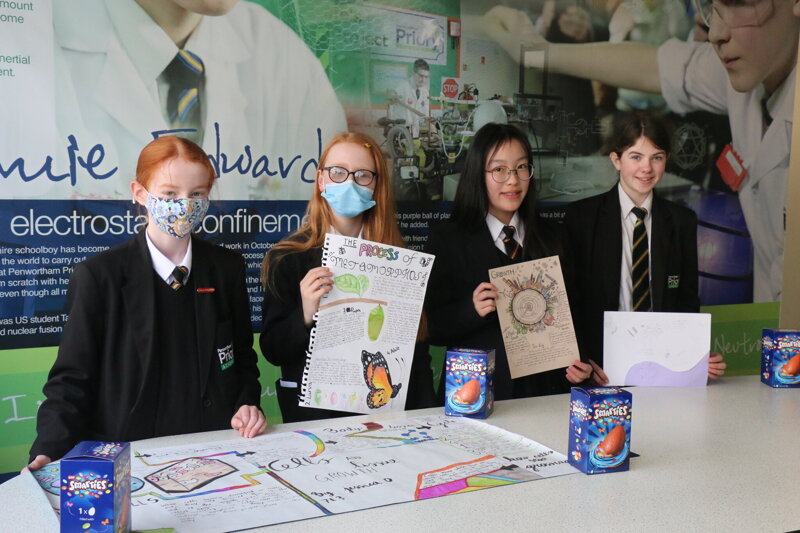 Priory pupils were fully engaged in the poster competition which was launched during British Science Week.

Science teacher, Mr Cox said "The standard of entries was so high it was hard to narrow it down to just one winner, in the end we had to choose four!"

The theme of British Science week was 'Growth' and it was great to see the variety in entries, from posters illustrating the effects of population and urban growth to the metamorphosis of butterflies! The posters will now be entered into the national competition to go up against pupils from across the country.

Well done to Year 7s Jessica D and Freya Y, Year 8s Agnes K and Jane W who all were given an Easter egg each as a reward for their work.